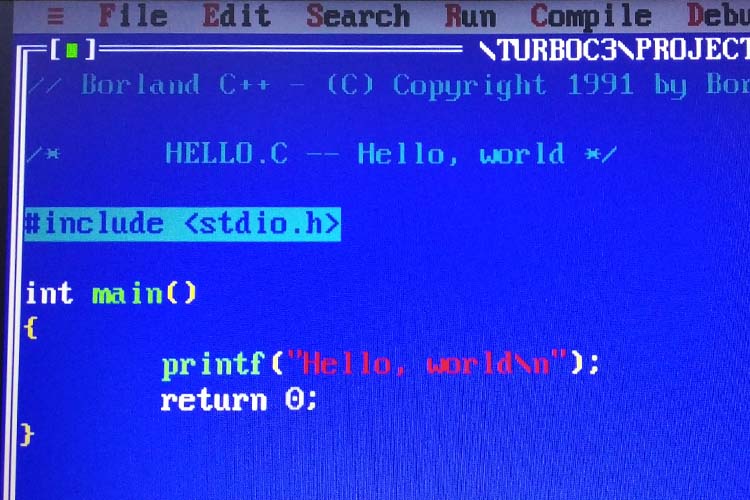 What Is Turbo C++

Turbo C was an integrated development environment (IDE) for programming in the C language. It was developed by Borland and first introduced in 1987. At the time, Turbo C was known for its compact size, comprehensive manual, fast compile speed, and low price. It had many similarities to an earlier Borland product, Turbo Pascal, such as an IDE, a low price and a fast compiler, but was not as successful because of competition in the C compiler market.

Turbo C was a software development tool for writing programs in the C language. As an IDE, it included a source code editor, a fast compiler, a linker and an offline help file for reference. Version 2 included a built-in debugger. Turbo C was a follow-up product to Borland’s Turbo Pascal, which had gained widespread use in educational institutions because the Pascal language was suited for teaching programming to students. Although Turbo C was initially developed by a different company, it shared a lot of features with Turbo Pascal, namely, the look-and-feel of the interface and the various programming and debugging tools included. However, it was not as successful as Turbo Pascal because of competition from other C products such as Microsoft C, Watcom C, Lattice C, etc. Nevertheless, Turbo C still had the advantage in compile speed and price.

The first version was released on May 13, 1987, and it offered the first-ever edit-compile-run environment for software development on IBM PCs. Turbo C was not originally developed by Borland but was bought from Bob Jervis and was initially called Wizard C. Turbo Pascal did not have pull-down menus before this time, and it was only on its fourth version that it received a facelift to look like Turbo C.

What Is A Compiler?

Turbo C is a C Programming Language Compiler that transforms programs written in C to Assembly or Machine Code to create an executable Program.

There are many Compilers for C and C++ Programming Languages but what makes Turbo C/C++ special is its speed of Compilation of the Programs, size of the overall software (Turbo C occupies very little memory), compatibility with a wide range of I/O Modules, support for large projects, etc.

DOSBox is one such software that emulates a DOS Operating System. Using DOSBox, we can run x86 compatible games and software on our latest systems.

Using DOSBox, developers achieved to bring back the Turbo C++ Compiler to the latest version of Windows as the original Turbo C/C++ is a 16 – bit compiler.

Now, in order to install Turbo C++ on your computer (any 32 – bit or 64 – bit computer running on any Windows version from Windows 7), there are two ways you can proceed.

How To Install Turbo C++ In Windows

How To Start Turbo C++ In The DOSBox Automatically:

(Only for older versions)

Scroll down to the very end, and add the lines:

Please Note:
Fullscreen: Alt + Enter
When you exit from the DOSBox [Precisely when you unmount the virtual drive where Turbo C++ 3.0 has been mounted] all the files you have saved or made changes in Turbo C++ 3.0 will be copied into the source directory (The directory which contains the TC folder)

Don’t use shortcut keys to perform operations in TC because they might be a shortcut key for DOSBOX also. Eg: Ctrl+F9 will exit DOSBOX rather than running the code.

What is Firebase? Why and How to Setup Firebase?