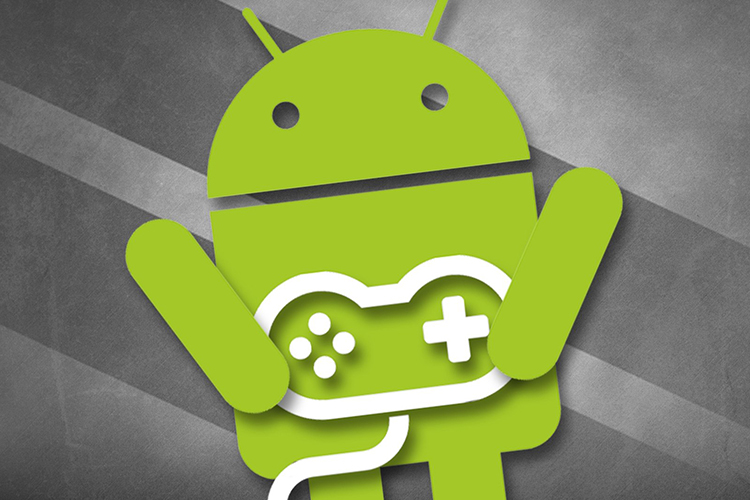 Mobile gaming is getting a lot of popularity. I mean there are so many Android Games released every single week on the Play Store. So which new cool Android games you should be playing right now? Well, we’ll find out. Let’s talk about new cool android games and yeah we are not including the super popular games because we want you to discover the new games so let’s get started.

Walk Master is a casual arcade game that looks pretty simple. I mean the game requires you to walk in the wild side using sticks so what do you think how tough it can get. But let me tell you that things can get pretty tough and addictive. That’s why it’s in our on top of cool new android games. See, the controls here are pretty easy but they are hard to master. At the start, I used to get very confident and started walking too quickly only to fall flat on the face. Well, the game has great graphics and it is fun, in fact, it’s funny at times plus there are different characters to collect and new levels are being added regularly. So, it’s a game you must check out.

The drive is a fun little racing game inspired by the 70s. In the game, you have to drive through different rough terrains and make sure to collect coins, fill up gas, get at the power-ups, fend off police cars and make sure you don’t crash. As you can see, the visuals of dry have this really cool artistic vibe and you get this really fun music style and commented going on which is really enjoyable. The controls are fairly simple but the car can be a little tough to control. At the start, you can fix things with a few car upgrades and there are 40 plus amazing cars to choose from. so as you can see, this is a fun extensive racing game.

There are a lot of popular football games on the Playstore but this Extreme Football is a slightly different yet super fun game. So in this game, you play a three-on-three football game in real-time. Yeah, you can play with your friends or with people from all across the globe. The game has this really cool look, the music that looks like it has been taken straight from a heist movie and controls that you can get used to. Plus there are different characters with different skills to unlock, so overall this is a fast-paced multiplayer soccer game that you should give a shot.

Now, this is a game you all might have heard of. I mean it is Mario after all. Anyway, Mario Kart is a series around in different cities including the classic Mario Kart course and trust me when I say that this is an amazing game. First, up the graphics are really good for sure and the controls are easy to get used to. And what I love about this casual racing game are the different powerful items you can use on the racetrack. It just adds to the fun plus there’s this frenzied mode where you get a crazy race with all the powerful items up for use. It’s simply awesome.

PUBG Mobile and COD Mobile are obviously the top first-person shooters out there but if you want to try something different then check out Bitter End. It is a first-person multiplayer shooter that is in early access right now so you can try it out. The game has different modes including the team deathmatch mode and while the game does have a cartoonish feel to it, I like the graphics. All the maps are very well detailed and very well designed plus the game feels very smooth and bug-free so that has added to the gameplay definitely. Now, what makes it different and fun are the other varied characters, some really cool weapons and the different customization options so yes give it a try.

Vectronom on the popular 3D little game recently arrived on smartphones and it’s the only paid game in this article but hey it’s super cool so that makes it worth a shot. The game is simple as you just have to find your path in this ever-changing world. But how do you find the pattern exactly? Well, it’s the music. Yes it’s the geometric pattern that changes with the music beat and well the electronic soundtrack is pretty cool and as you can see I am not very good at puzzle games but you should try it and make sure to use headphones to totally immerse yourself in the game.

If you wanted a cool superhero game that has puzzles, then Typoman is exactly what you need. Typoman, is kind of a nerdy superhero made up of letters and his big part is the ability to craft words that impacts the environment around it so choose the words right and you’re good but choose them wrong and you’ll be cursed. See, typos man is a puzzle platformer where the hero has to make it to the dark and hostile world using the different letters. I’m sure you have noticed a super innovative visual but listen to music and sound. It is just insanely impactful.

There are a lot of ninja games on the Play Store but Ninja Warrior has to be one of the most well put ones. It’s just a lot of fun and strikes the perfect balance between difficulty and ease of play as you can see the visuals are great and the controls are pretty simple. The mission here is to rescue the hostages break into enemy areas to assassinate and destroy them which is the standard ninja stuff. You get the amazing skills and you can upgrade them and it’s super cool but what really caught my attention is the music. It’s just stupendous.

Next up is Durango Wildlands and it is a fairly popular game but it arrived in 2019 and this is a game that deserves your attention. Thus is an open-world MMO that’s super expansive as well as gorgeous to look at. The game is making an impact on the current age but the difference is that it has become a vast prehistoric land filled with dinosaurs. In the game, you have to tame dinosaurs, fight other clans, develop a new civilization and make sure to survive in the open world by hunting, cooking, farming, etc. Now the highlight here is obviously the big open world where you’re free to roam around and as you can see the graphics are insanely good.

If you’ve been looking for a fun casual game to zone out when you’re bored then Sky Roller is the perfect game for that it’s super easy to play. I mean you just have to drag your finger left and right to avoid the obstacles on the path. The graphics are a little cheesy but they go with the whole theme of the game. Now, this all looks simple and casual but this game super addictive real fast as the levels get higher. it is fun to play although the ads can’t play spoilsport so that’s something you should know.

Well, those were some cool new Android games that you should be playing right now but obviously there are a lot more great games out there so if there’s an amazing game that you are playing right now so just make sure to mention it in the comments below so that others get to know about them as well. Also, give this article a thumbs up if you enjoyed it and make sure to share it with your friends.

What Are CSS Units For Font-Size: Px | Em | Rem